Well my humanoids, not that all that many of you matter for my music taste, here it is. My top 10 albums of 2008. This was one hell of a lot harder to rank than others, and whilst my top decisions were almost givens, the in-betweens were very difficult to order. As usual, there were a number of albums I forgot to rank, having seen other polls, so apologies to Amon Amarth in particular who I looked over, but, I’m happy with my choices.

Getting this done means you ham and eggers can finally get a “proper” ranting/monologue blog coming up shortly.

10. Rise Against – Appeal to Reason

I never really got into The Sufferer & the Witness, the Chicago band’s previous effort. It had one, maybe two, strong songs on it, and the rest was rather samey. Well, 2008 was pretty much made for a political punk record, and here it was. Rise Against’s musicianship is second-to-none and they lay it down with every track on here. It’s very strong from start to finish, their strongest effort since 2003’s future classic Revolutions Per Minute by some margin.

Upon my first listen to the Red Album, I was actually quite disappointed. I remember thinking “Was that all?”. But then repeated listens awakened my thoughts about this one. Allowing the other band members to take their turns on vocals was an inspired touch and worked magnificently. I liked Make Believe when it first came out, but I barely listen to it anymore, where as I think the Red Album will get many more listens in the future. I still hate the fact that there are about 4 different versions of it and not one with all of the songs they released out yet though!

Shoot me, I’ve given Trivium another high rating in one of these surveys. I had my reservations when I read interviews from members of the band that the screams that defined the band’s style and made them up for much imitation would return with a vengeance in this album. I did think it would be a distraction, but actually, Trivium once more surprised me with a solid effort. The album’s title, and first track, “Kirisute Gomen”, are tributes to Matt Heafy’s Japanese heritage I believe, but Trivium’s song subjects are interesting to say the least. The title track is a near 12-minute epic that tries to evoke the memories of Metallica in the …And Justice for All era and it really works.

07. Shinedown – The Sound of Madness

I wasn’t expecting to rank this album that high to be honest, but when I looked back over my choices, I realised just how many plays it had got and deserved to be where it is. The All Music review of this album criticised the band – “Few bands have embraced convention quite as enthusiastically as Shinedown, who play every post-grunge cliché as if it were dogma.” I don’t believe this to be the case. There are certainly some new grooves on this record, especially the beautiful “Second Chance” as well as the bonus track “Son of Sam”. Brent Smith’s vocal range is one of the best around at the moment, and he can contrast the heavy stuff with the power ballads quite nicely.

06. Testament – The Formation of Damnation

To say I was looking forward to this one would be a bit of an understatement. One of my favourite guitarists, Alex Skolnick, back with Testament for the first time since 1992’s The Ritual, my favourite album of theirs (there, I said it), along with the other members of the band’s line-up from when they were at their zenith. This album certainly evokes memories of the earlier output from the band, mixed in with the sheer heaviness of the records of the late 90s. Chuck Billy, who now appears to have fully recovered from cancer, pulls off another trademark vocal performance and song-writing duo of Billy & Eric Peterson again provide some splendid backing for Billy’s “vo-kills”.

Opeth’s debut to my ears was their cover of Iron Maiden’s “Remember Tomorrow” (a song that got the Metallica treatment this year) and to be honest, I didn’t think much of it. I then got a hold of their 2005 album, Ghost of Perdition and it blew my head right off. How can a band be so damn heavy, yet so damn beautiful at the same time? Perfect way to summarise is the first two tracks of the band’s latest effort. “Coil” is an enchanting and stunning melody, which goes into the loud roar of “Heir Apparent”. The diversity here is astonishing, especially listening to “Mellotron Heart”. Also must give props to the cover of Alice in Chains’ “Would?”, a grunge classic.

I’ve no doubt bored you all to death before on my theory of the “difficult third album”. This album should have been much the same, but much like the incredible life and career of Jon Oliva, that simply isn’t the case. To my regret, I didn’t get Maniacal Renderings until 2007 before I met the legendary man. Although I waited a bit before purchasing this album, I certainly didn’t regret it. It’s diverse, even for Jon’s standards, with Beatles tributes being married in with a guest appearance from Ralph Santolla, Floridian metal scene legend. The late Criss Oliva and his work again makes an appearance on classic sounding tracks, including “finished” old Savatage pieces such as “No More Saturday Nights”, a song that sounds like it’s just come off a classic ‘Tage album. There’s apparently gonna be some stuff going down for the band’s 25th Anniversary this year and I just ask Mr. Oliva to not forget Europe!

It’s been 8 years since AC/DC last appeared with a new album of material. Considering the band’s pedigree, you would anticipate that the classics like Back in Black and For Those About to Rock… would be difficult to top. Well, in time, this might be mentioned in the same sentence. The Young brothers’ motto is “If it isn’t broke, don’t fix it”, which is why this album is such a success. In the year that the band’s biggest imitators (Airbourne) gained recognition, it was great to see one of the founding fathers of modern rock and roll return with a vengeance. If you didn’t like AC/DC before, this won’t change your mind. But, it’s certainly their best work since the early 90s.

If I was ranking albums on number of plays, then Disturbed would be the winner of the album of the year by some margin. Everything here just works. From the (finally!) studio release of pre-historic “Perfect Insanity”, to the title track, the shattering “Haunted”, the ferocious “Divide” and hit single “Inside the Fire”, it’s Disturbed at their very best, refining their style to that of a homing missile. With more impressive guitar work from Dan Donegan, the band could very well claim to be heavy metal now, but David Draiman says they are nearer hard rock. One thing is for certain, one of the biggest “nu-metal” bands that people wouldn’t survive scored it’s third successive #1 album with this one and a run of ten US Mainstream Rock chart top 10s stretching back to 2002’s release of “Prayer”. You can certainly prove the naysayers wrong if you wanted to.

One day, I’ll rue the day I was so bleeding predictable. Yeah, surprise surprise, I picked Metallica as my #1. Within good reason. It came up with a lot of hype. We were promised that this wasn’t going to be another St. Anger, with pots and pans being wheeled in instead of proper drums, more like the band’s classic sound from the …And Justice for All era and more progressive song writing. Incredibly, no song on the album clocks in at less than 5 minutes, and there’s the first proper Metallica instrumental since Cliff Burton left us. It managed to deliver with the hype that it was released under. Even the one song I thought after hearing the title, “The Unforgiven III”, would be pants was in-fact one of the album’s outright highlights, with the use of a piano in the intro accenting the beauty of the song. Kirk Hammett still can’t solo for shit, but for once, I’ll forgive him, at least it isn’t as bad as it has been in the past. Must also give a nod to Rob Trujillo, whose bass playing you can hear on the mix (both of them, which is better than AJFA where you couldn’t hear a bass line for shit) and Lars Ulrich, who despite being a complete dick often, is still probably the best drummer in hard rock. For once, it was an album that was hyped up and delivered. 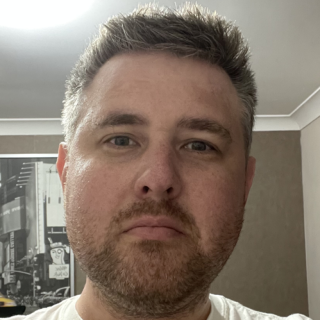